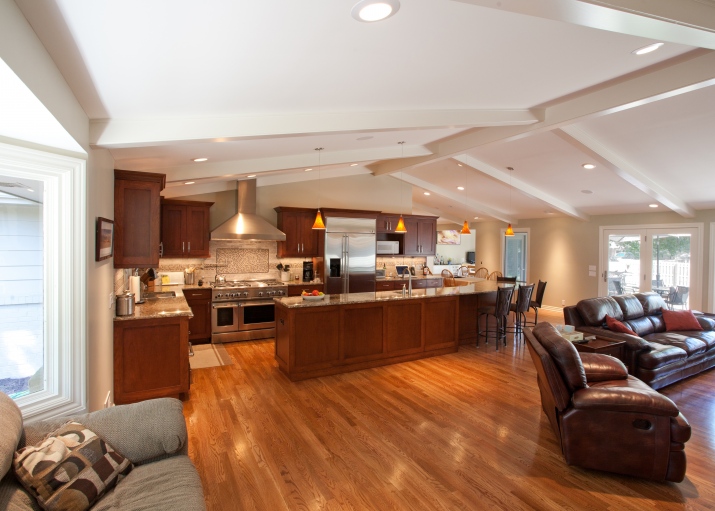 The owners of this west-Omaha home were looking for a way to make the cut-up layout give them a large, communal family space.  The original home was one which had received a substantial addition.  The larger home, however, still contained a number of small rooms which were redundant or barely usable.

KHA's design opened up the structure, converting several rooms into one large space.  The resulting family room, kitchen, and dining room are all part of one area and are designed to work together in a complimentary manner.  A single ridge beam was added to span the entire space, eliminating previous load-bearing walls, and allowing a sloped ceiling to give an expansive appearance.  Natural finishes give a warm feeling to the spaces.