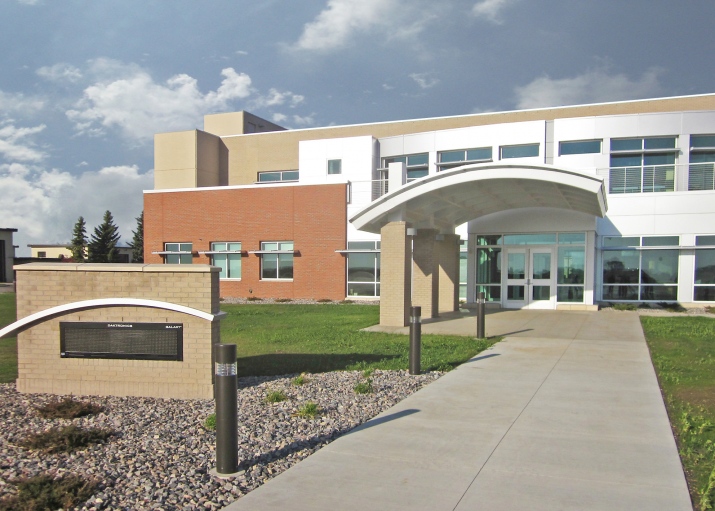 The new two-story Base Ops Facility (BOF) houses the Operational Support Squadron, aircrew flight planning, weather briefings, Notices to Airmen, safety information, maps, charts, crew lounge, and a distinguished visitor lounge. The BOF is the point of arrival and departure for passenger travel at Minot ,AFB.  As such, it was designed with a dynamic entry canopy and 2-story lobby that gives this portion of the project a character that speaks to the protocol function of this facility, and helps give the base an enhanced image for arriving VIPs.

The new facility includes offices, training and conference rooms, storage and vehicle garage facilities, and public spaces. the new facility replaces an existing nearby base operations facility, which was demolished as part of this project after the completion of the new BOF. 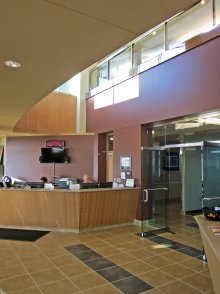 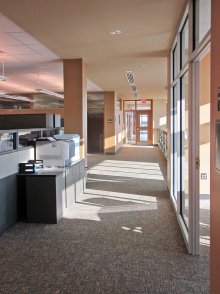 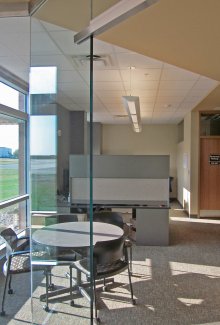 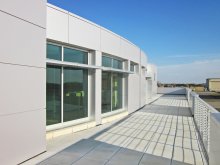 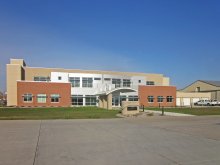