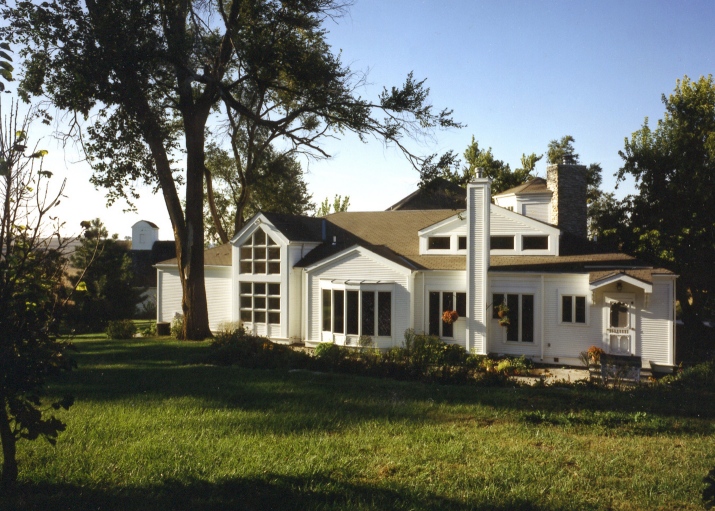 Specific living areas added are the shared family spaces such as living, dining, kitchen, entry, pantry, and library spaces. The nature of these spaces - and the client's desire to deviate from, yet respect the unitary form of the original house - influenced the forms and roof elements of the addition, and particularly its vertical cupola element. The forms of the outbuildings of the farm are also represented in the shapes of the various elements of the addition, particularly the cupola tower, as an echo of a nearby grain storage tower and barn cupola element. Interiors are refined and suburban, with muted colors in whites and ivories, beautifully set off by warm incandescent down-lighting and carefully placed Doric interior columns.  The french doors at the dining room are re-used from the previous home of one of the client's ancestors. 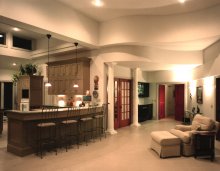 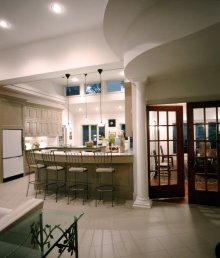 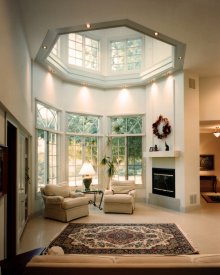 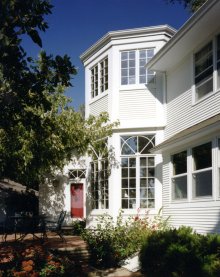